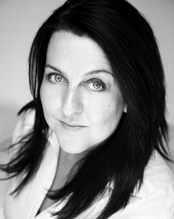 After graduating with a degree in Music and Related Arts, Emma went on to work as an actress, singer, musical director and vocal coach.  Her experience encompasses musical theatre, theatre, cabaret, gigs and session work and she works as an actress and vocalist alongside her coaching.   As a performer and writer credits include a successful tour and sell-out run of 'Venus, Mars and Chocolate Cake' at the Edinburgh Festival, 'A Little Show of Joy' at the prestigious Pheasantry and more recently the debut of her one-woman show 'Life On the Edge'. Gigs include The Dorchester Hotel, Globe Theatre, Tate Modern, Pizza Express, Riverfront Jazz Festival and she was flown to Addis Abbaba, Ethiopia to launch a new music venue.

With over 25 years experience, Emma has taught at numerous drama schools including Mountview, London School of Musical Theatre, London Studio Centre, Central School of Speech and Drama, Italia Conti and Bird's College and has run workshops for the National Theatre and in Greece and Italy.  She specialises in musical theatre and audition preparation, with many of her clients working in the West End and national tours.
​
Emma has run courses including Audition Workshop, Singing For Actors, Musical Theatre Performance, Acting Through Song and Actors Toolbox and more recently the successful online course Vocal Confidence.
Emma's experience as a singer and performer gives her insight and understanding of the client's perspective and their needs, particularly of the audition process.

Emma is a member of the British Voice Association, Musicians' Union and is a qualified Vocal Health First Aider.
Emma also works as an accompanist including as a rehearsal and audition pianist.